New player uniforms were just the start of the surprises Cincinnati Bengals had in store for fans to start the 2021 season. New 'Canopy Crazies’ fan section. Pregame fireworks. New pregame sound/lighting and performance stage. As part of the biggest overhaul of Paul Brown Stadium in the 22 seasons, gameday coordinators reached out to Britten to build an audacious, new Foam3D™ player run-out tunnel with multiple faux-stone columns with giant, smoke-breathing tigers on top.

Not since sculpting a trio of 25’ menacing mustangs for the Denver Broncos has Britten’s foam-sculpting and engineering team been called on to create a more unique NFL project. Designed to be mobile, easily disassembled for storage, and light enough for a small team to move quickly on and off the field, each tiger topped column (each measuring 13’) used an internal aluminum frame for added strength. Smoke machines also built into each column further added visual hype and drama to pregame player introductions. Finally, hours of meticulous hand-sculpting and hand-painting brought a striking degree of realism and further helped the team’s mission—to turn “The Jungle” into a garden of 21st-century delights for fans.

“We're looking to challenge the status quo…doing things that have never been done before," Bengal’s gameday and live events coordinator, Alex Schweppe, told the fan site bengals.com. The epic-looking intro tunnel for the players delivered powerful pregame imagery, and proved a major part of the new sights, sounds, and traditions Schweppe and his team saw fans share on social media. "We want to do what Bengals fans want and match that with the 2021 NFL game presence for the ultimate fan experience." 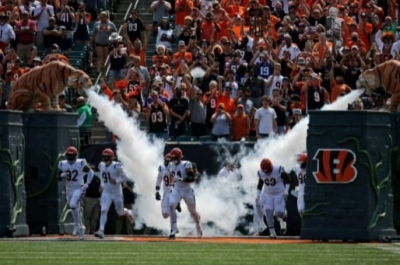 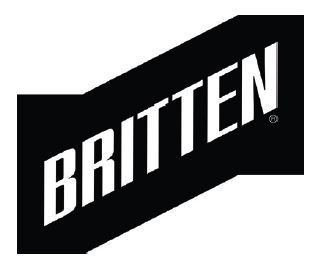