How Pokémon Took Over The World, Again 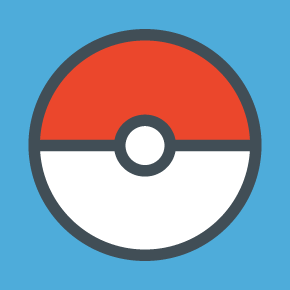 In 1999, as the world anxiously waited for the Y2K bug to wipe out hard drives, imaginary monsters of a very different kind were taking the world by storm.

Pokémon — collectible critters that draw on their special powers and fight each other in a virtual utopia — had originated in Japan in 1995. Four years later, the craze had spread to the United States. "For many kids, it's now an addiction," said Time magazine, who splashed the colorful creatures — Pikachu, Psyduck, Charizard — on its cover. Pokémania, spearheaded by the success of Pokémon role-playing games on Nintendo's Game Boy, had arrived.

Now, 17 years later, a new generation of gamers are interacting with the same characters, and this time, the action takes place on a smartphone. "Pokémon Go," which blends augmented reality (AR) with real-world scenarios, has become 2016's biggest mobile phenomenon, the latest chapter in the franchise's lucrative history.

How Pokémon Go Brought AR to the Masses

"Pokémon Go" has become an instant viral smash. Released on July 6 on Android and iOS, the mobile game uses your smartphone camera and lets you interact with your immediate surroundings via a virtual map.

The objective: to find local landmarks and points of interest — called PokéStops and Pokémon Gyms — like memorials and places of worship. Design a custom avatar, and use Pokéballs to trap feral Pokémon and collect points as you progress through the game. Like other AR apps, the game relies on location tracking to fuse virtual reality with the physical world.

"Pokémon Go" has exploded in popularity since its release. On Android, it almost receives as many daily active users as Twitter and generates more collective usage time than WhatsApp, Instagram and Snapchat.

Part of the game's charm is that it combines AR with conventional game play, still a novel concept for gamers. While apps like "Nintendo's Ingress" — a GPS-based multiplayer where you travel to real-world locations and fight for control over famous buildings — came before "Pokémon Go," the latter has captured the zeitgeist in a way its predecessors haven't.

AR Past and Present

For those who have never experienced AR, "Pokémon Go" might seem a revolutionary idea. However, this technology spans decades, with the term "augmented reality" being coined back in 1990, nine years before "Pokémon 1.0" made a splash. In 2004, see-through AR was introduced on cell phones.

Today, smartphone games like "Clandestine: Anomaly" — where you find digital clues in your vicinity before fighting space aliens — let you interact with the world around you. These games might look different but they have one thing in common: They tie digital content to specific geographic locations based on GPS coordinates.

Augmented and virtual reality is expected to generate a massive $120 billion by 2020 as more tech brands invest in this technology. With the recent popularity of "Pokémon Go," and augmented reality trends like HoloLens, and Magic Leap, a head-mounted display that overlays 3D graphics, this number could be even higher.

Marketers can learn a lot from the success story of "Pokémon Go." The game quickly went viral — it became the top app on the App Store within a day of its release — with little marketing, a far cry from the multimillion-dollar, multichannel advertising campaigns of apps like "Candy Crush Saga."

The makers of "Pokémon Go" haven't, yet, purchased television ad space, instead relying on word-of-mouth to drive interest. Shortly after the game's release on Android and iOS, Nintendo released a YouTube ad, titled "Get Up and Go," which promoted the game to a digital audience. Still, unlike some of the other top titles on Google Play and the App Store, there hasn't been a months-long pre-launch marketing blitz.

"Pokémon Go" catapulted to the top of the apps charts through a grassroots initiative, spearheaded by two customer bases: social media-savvy adults reliving the late '90s Pokémon craze and teenage millennials who were too young to remember the phenomenon the first time around.

Both demographics have made "Pokémon Go" a social sensation by sharing memes on Facebook, Twitter and Reddit. The game's cult-like following made it a top trending topic and a watercooler topic. Even Washington state's Department of Transportation asked its Twitter followers to stop "Pokémoning from behind the wheel."

Replicating the Success of Pokémon Go

While your business might not have the international clout of Nintendo — whose stocks swelled by $7.5 billion after the release of "Pokémon Go" — you can still engage with your customer base pre- and post-brand activation in a similar way.

Create a campaign that targets a small group of your core customers and encourage them to spread your brand message organically. While big, bombastic campaigns certainly generate leads, you might find this softer, quieter approach much more lucrative, especially when customers are increasingly suffering from ad fatigue.

Augmented reality is nothing new. However, "Pokémon Go" has brought the technology to a brand new audience. The game offers an "AR taster," where players can experiment with location tracking and virtual game play with familiar characters that have entered the collective consciousness.

While the rocketing achievements of "Pokémon Go" have taken some marketers by surprise, expect brands to replicate this game's success with low-key advertising that grows from the grassroots up.

What's next for Pokémon Go?

One can only expect that Nintendo will take gameplay beyond its augmented reality form and create game experiences that transition from the physical world into the virtual world. With the booming popularity of VR devices like Oculus Rift, Samsung Gear VR, and Google's Cardboard to name a few, it would seem an obvious next step to create a VR experience that mirrors this original "Pokémon Go" promo.