HP @ Sundance - The Future of Filmmaking

GMR was recently onsite with HP at the 2014 Sundance Film Festival, which once again took over Park City, Utah in January. HP’s relationship with the festival began 12 years ago when the brand became a Presenting Sponsor and provided IT solutions for both the Film Festival and Sundance Institute.

A key highlight from HP’s presence at the Festival was once again the Sundance House, a relevant, engaging environment in which to showcase the brand and tell the story of HP's role in the film industry. 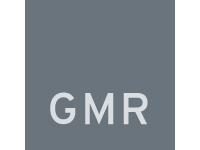