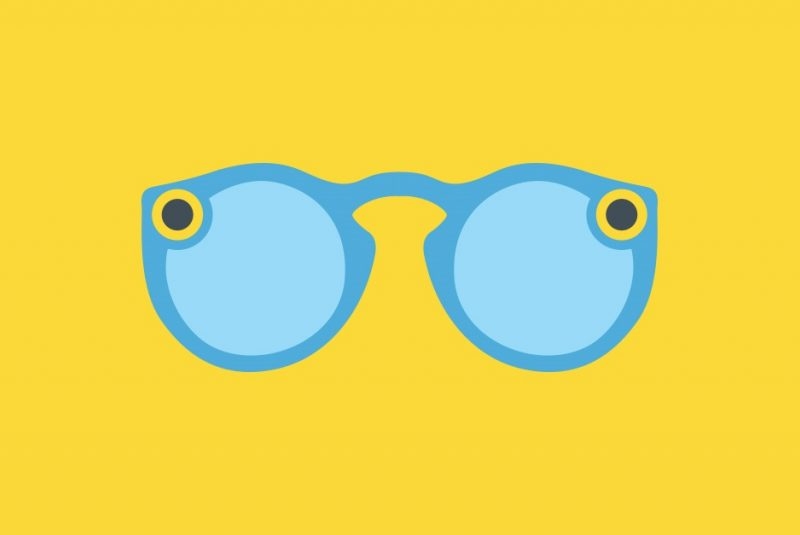 Snapchat's foray into the hardware space with "Spectacles" is proving buzz-worthy and harkens back to a time when screens didn't get between us and life.

It's been over three years since the release of Google Glass, and you won't be surprised when you look around and see that nobody is wearing those. While revolutionary in its concept, Google Glass missed the mark on execution.

Seemingly "nerdy," or "pretentious," Google Glass was an eye-sore from the get-go and the tech Giant failed to revolutionize the eyewear industry as expected. The product promised too much while appealing to too little. In its early positioning towards professionals, and the early-adopter, tech-blogger types, it alienated the mass market and missed out on capturing the cool factor.

Still, there was something there. Glasses with a camera.

Snap Inc., formerly Snapchat, has made its official debut into hardware territory with Spectacles, proving they are more than a one-trick, 10-second pony.

Spectacles are sunglasses with a camera that has the ability to record short videos from a first-person POV, seamlessly link to your Smartphone, and share via Snapchat. In terms of their look, their price, and their marketing strategy, they took the exact opposite approach as Google Glass.

With an aesthetic more akin to Ray Ban, or movie theatre 3D glasses, than anything else, Spectacles are marketed as a fun fashion accessory. The product photography, though elegant and well-done, is anything but professional. It's silly and casual, playful and colorful, just like the Snapchat brand. Spectacles are obviously about action, fun, and youth. And in terms of distribution strategy, the pop-up Bots, or Spectacles vending machines, could not have been more brilliant.

No one knows where the Bot is going to be next. The only way to find out, is by closely monitoring the Spectacles site and anxiously awaiting for the countdown to tick to zero, the Bot to open its eye, and the map to appear. At 10AM this morning, we saw that the place to be was the Santa Monica Pier, in California. Not anywhere close to there? You'll just have to keep checking back!

The lucky ones who did happen to be near the Bot when it popped up, they will stand in line for hours awaiting the chance to drop $130 on a pair of these specs. Some of them go on to be enthusiastic users, while others turn around and sell them on eBay for up to $2,000. The perceived scarcity and exclusivity that Snap has created in this geo-mystery launch game is impressive.

Cramer though, WAS one of the lucky ones, and we were able to get a pair in-house to play with.

This is really the infancy of the technology. Right now, whether we are capturing images or video through Facebook Live, Periscope, or any other app, we are seeing through a phone. The revolutionary move from Spectacles is the ability to capture the world through our own eyes, without focusing on holding or framing anything.

In a way, we're going back to experiencing reality in the way that we used to. When we could enjoy a concert or event without a screen between us and the stage. Wearing the Spectacles feels no different than wearing any regular sunglasses. There's nothing you can see or feel to distract you from the moment, and for the first time, you can naturally experience something while still being able to capture and share it. No longer will we need to pause our lives to first take a picture of a delicious desert. Of course, you won't be wearing sunglasses at all times, but that's where this technology can and will go.

We tested out our new pair of Spectacles with a Snap-size #mannequinchallenge. Shown side by side here are what the Spectacles record, and how the viewer looks wearing them.

An obvious difference in the Spectacles stream, compared to anything else on the market, is the circular video. Not to be confused with the influx of 360-degree VR style video that's been gaining popularity, these glasses actually record with a 115-degree point of view. Reason being that within Snapchat, you will be able to view videos vertically or horizontally by simply rotating your phone and exposing more of the frame. Certainly a clever ploy to win over the vertical video nay-sayers.

The Use for Spectacles at Events

Snapchat has already proven itself a cultural phenomenon that for a while now, we have recommended be a part of your events' experience design. Between the pure fun of the stock filters, the branded joy of custom filters, and the extended messaging bonus of custom geo-tags, integrating Snapchat on your show floor is a no brainer. Spectacles takes us one exciting step further.

Attendees will have the ability to capture the moment, in the moment, rather than missing key messaging while preparing their devices. We'll also start seeing brands pass out Spectacles to brand ambassadors, activating the evangelists in the crowd to go around creating and capturing, real authentic interactions.

Like the plastic neon shades handed out at so many clubs, Spectacles have that same fun factor. They lack the intimidation of Google Glass, and because of that, can foster face-to-face, eye-to-eye, natural experiences.

Spectacles are offering us our first real step away from the tether of devices while still keeping us connected with the ability to share.