When There's No There

At first glance, Ishtar had the makings of a blockbuster success. It had big-name unquestionably talented stars in Warren Beatty and Dustin Hoffman. It had a glamorous setting in the Moroccan desert. It had musical numbers. Comedy. Special effects.

So why then did the 1987 film become such a notoriously extravagant flop?

In short, there was no there there. There was no foundation to hold the film together, no red thread to tell a compelling narrative.

“The movie cannot be said to have a plot,” critic Roger Ebert wrote. “It exists more as a series of cumbersome set pieces, such as the long, pointless sequence in the desert that begins with jokes about blind camels and ends with Hoffman and Beatty firing machineguns at a helicopter. It probably is possible to find humor in blind camels and helicopter gunfights, but this movie leaves the question open.”

The problem, in other words, was that the content was far too thin and ill-defined to support the endeavor. And as a result, the film’s investment and the stars’ considerable talent was wasted.

THAT MISTAKE IS NOT JUST THE PURVIEW OF BIG-BUDGET FILMS; IT’S ONE OF THE BIGGEST MISSTEPS WE FIND IN LIVE EVENTS, TOO.

Particularly when planning B-to-B and internal meetings and events, marketers confront the temptation to wow their guests, perhaps fearful that without enough of the proverbial song and dance, they’ll lose interest or decline to attend. These marketers become laser-focused on the latest technology instead of the purpose that technology solves; the big-name entertainment rather than the camaraderie it’s designed to promote; the dramatic staging and lighting, rather than the message it’s intended to deliver.

The result: They get the splashy affair, but they don’t advance — and indeed sometimes they dilute or distract from — the brand and business messages they intend to deliver.  It’s the event marketing equivalent of Ishtar’s $14.4 million gross on a $55 million budget — not the kind of ROI anyone wants to see.

To avoid such a fate, marketers should focus squarely on the content they intent to deliver:

Bonus tip: While the excess of Ishtar was problematic, so too was the alleged infighting. Marketers should be willing to push themselves and each other — and encourage their agencies to push them — but it’s wise to remember we’re on the same team. A film doesn’t succeed or fail based on a single individual; neither does an event. 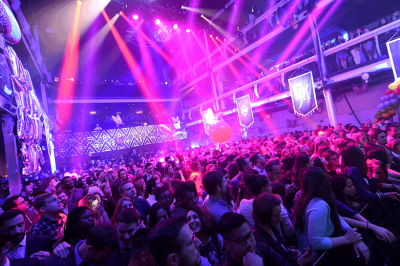